From age to age. The French Bi-centennial 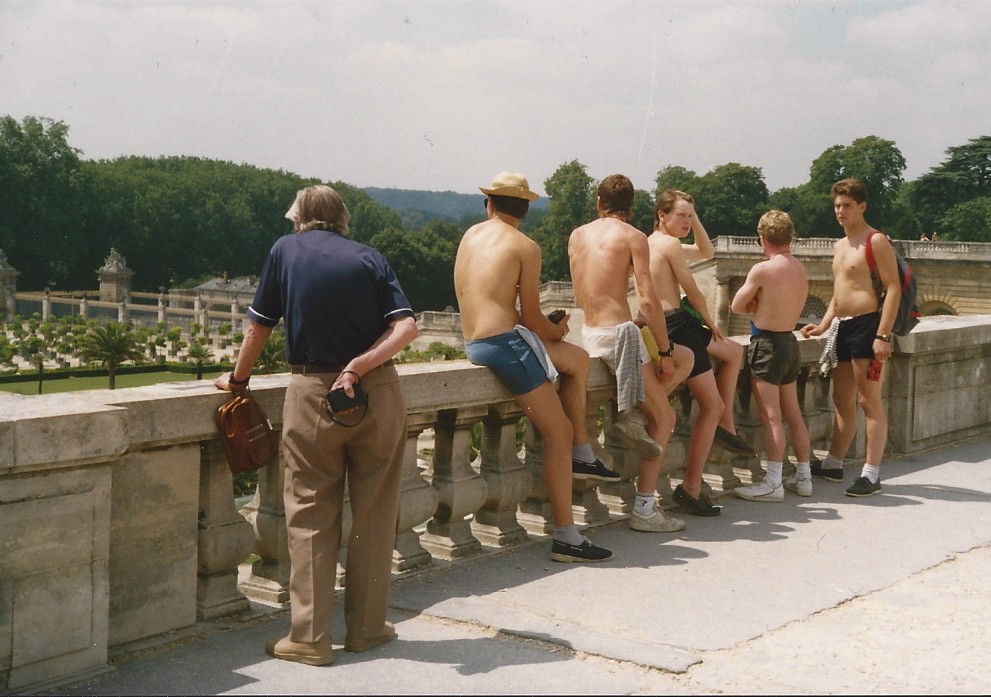 I took this picture during my trip to France in 1989. I’m American and I now live in San Francisco. I was travelling alone and I took advantage of the bicentennial of the French Revolution to come to the Palace of Versailles, which I had already visited in the 1970s. Since then, I went back in 2002.

I don’t know the people in this picture. I wanted to photograph them because there was a contrast between the five shirtless young men on the right and the older man leaning against the barrier. I like to take pictures that have something “organic” and natural about them, and which make a contrast. Here, with Versailles, which is so old, and everything about Versailles in terms of history and magic. I like this photograph because it tells a story, a “slice of life”.

When the “Souvenir Photographs” project was launched, I immediately thought of this picture. I still think it is the most interesting photograph that I took that day.