Awaiting the arrival of the King of Spain 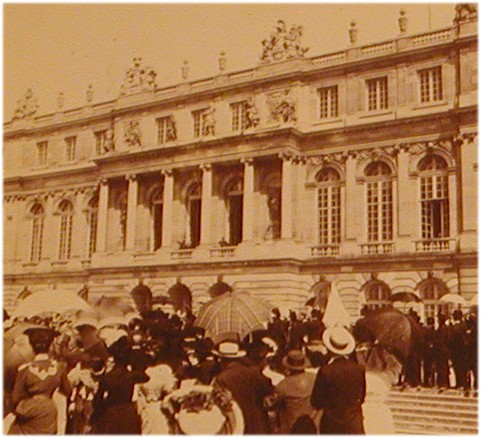 During the 20th century, Versailles was often a sumptuous stop during official visits by foreign Heads of State. Alfonso XIII visited the Palace a few days after he was the victim of a terrorist attack on rue de Rivoli in Paris. Many other Heads of State were to follow, notably King George VI of England in 1938, his daughter Queen Elizabeth II in 1957 and 1972, Khrushchev in 1960, Kennedy in 1961, etc.

Photograph from a family album, Palace of Versailles archives