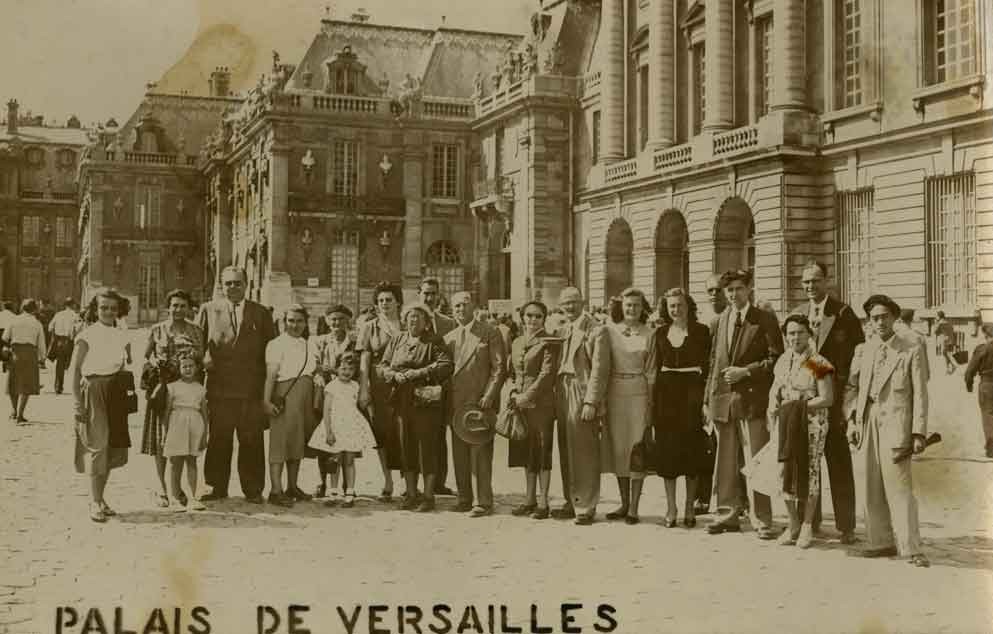 This picture was taken in August 1953 during the shooting of Si Versailles m'était conté by Sacha Guitry.

As this group was preparing to visit Versailles, Sacha Guitry was putting the finishing touches on his film Si Versailles m'était conté (Royal Affairs in Versailles). Filming had begun on 10 July 1953, bringing together the most famous actors and actresses of the day at the Palace, which actually played the leading role. The film was the biggest hit of 1954 and the most widely seen French film of the 1950s, with seven million viewers.