Tennis in the gardens 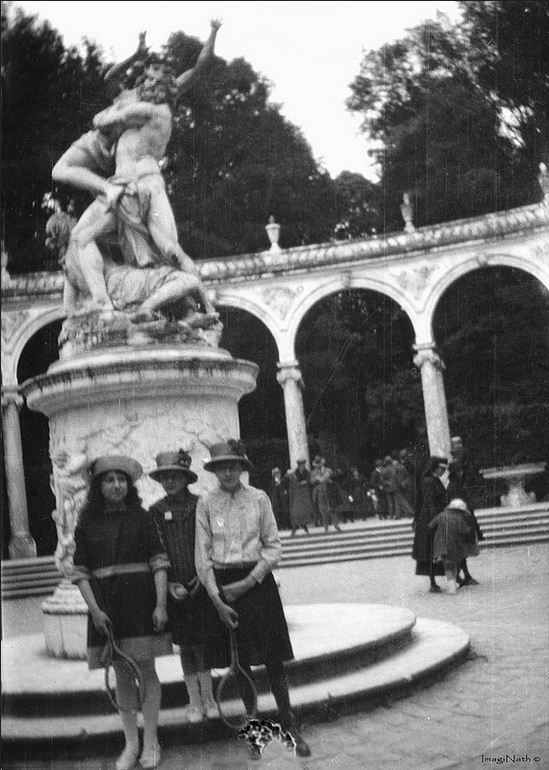 Renée, in the middle, and Marcelline, on the right, are my grandfather Robert’s nieces. I don’t know who the girl on the left is. They were posing at the Colonnade Grove, in front of the statue of Proserpine Ravished by Pluto. Robert took the picture with his “Vest Pocket”, which he often brought along on Sunday outings. That day, there must have been a tennis match in the park. Back then, the Palace of Versailles and its gardens were used much more as a public garden: people came to take a stroll, have a picnic, sit by the Grand Canal, visit the Hamlet occasionally as admission was free, or see the Fountains Shows.