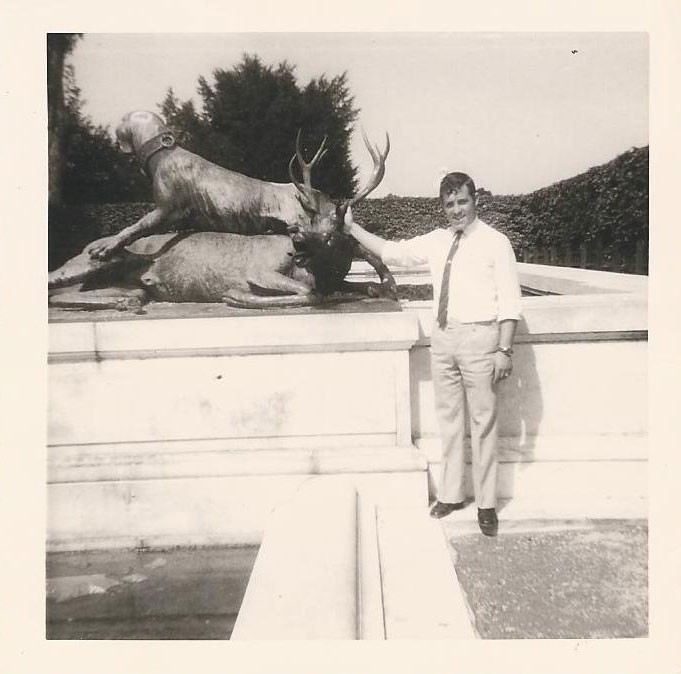 My parents, Horacio and Florinda, just visited the gardens of the Palace of Versailles. My mother was 16 in the summer of 1970. They came to Paris on their honeymoon right after their wedding. It was no doubt the first château they had visited in their lives. This visit left a strong impression on them and they still talk about it today. They were from Portugal, and they had never seen anything so grandiose. They had also just discovered Versailles, where they moved shortly thereafter and where my sister was born in 1972.

These photographs, where they posed in turn, are in their wedding album, which we look at quite often. I love old photos because there is a certain modesty or pride in their eyes. That is why I chose these pictures.